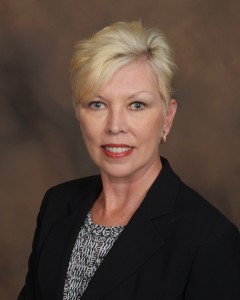 Dr. Doreen Wascow was raised in the suburbs of Chicago. She attended Loyola University of Chicago for undergraduate stuies in biology. She went on to pursue a career in dentistry at the University of Illinois dental school, and graduated in 1988. Since 1988 she has been practicing dentistry at the same office in Mundelein. In addition to general dentistry, she enjoys spending time in Vernon Hills with her husband and two children.

Dr. Wascow’s dental assistant , Kim, has been with her since 1992.   Kim was trained at the Las Vegas Institute for Advanced Dental Studies.   She has two grown children, Steven and Brian, and one grandson, Tristan.

Dr. Wascow’s dental hygienist, Brooke, has been with her since 2003.   She recieved a degree in hygiene and a BS at Marquette University.   She has a husband, Travis, and loves spending time with her niece, AnnaBelle.

Dr. Wascow’s hygienist, Karin, graduated hygiene school in 1979.   She started working in our office in 1998.   She is married to her husband, Rich, and has two grown, married daughters.

Complete the form and get a FREE Dental Consultation: *your information will never be sold or compromised in any way